Traditionally, as a German, we remove the Christmas tree
the day after 'twelfth night', 6 January.

Having done all this, clearing up all pine needles
which were everywhere in the house, as usual!....
packed all the deco-objects in boxes....

....keeping the remains of the decoration, our pomegranates, 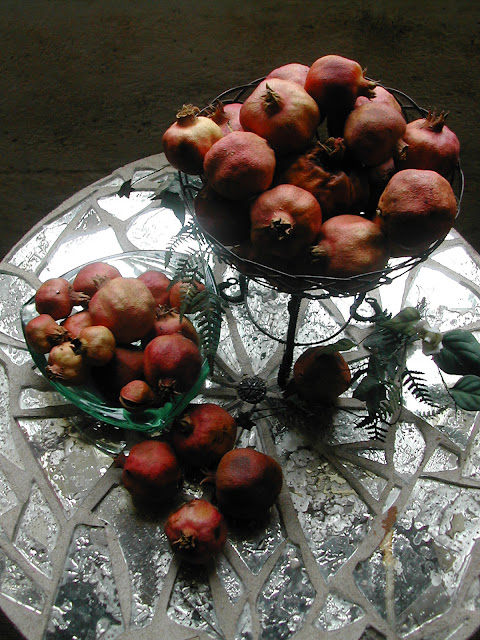 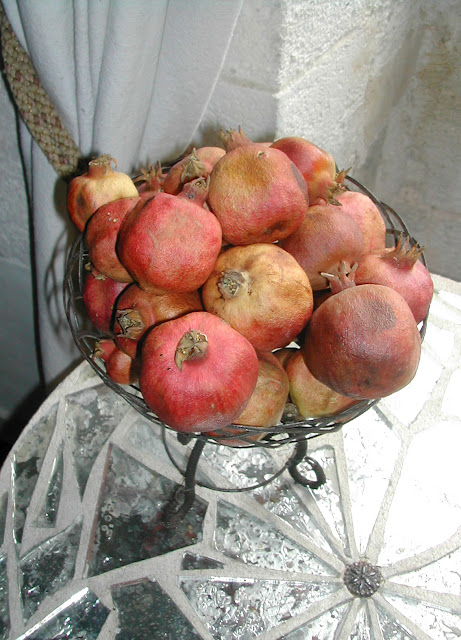 ...and still perfect for any kind of display.... 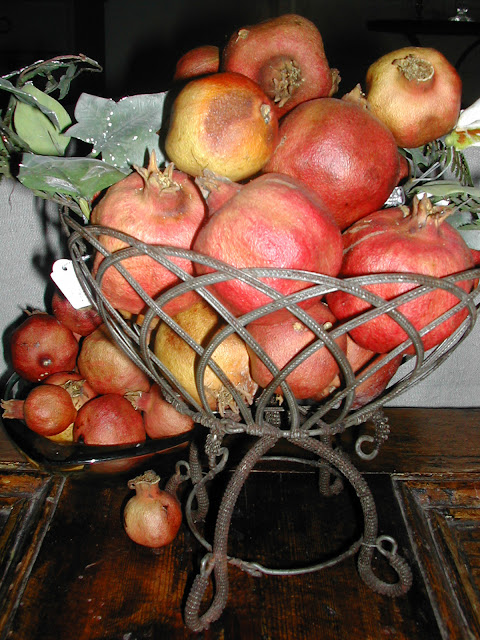 ....answered all the "Weihnachtspost", mails
and greeting cards..... 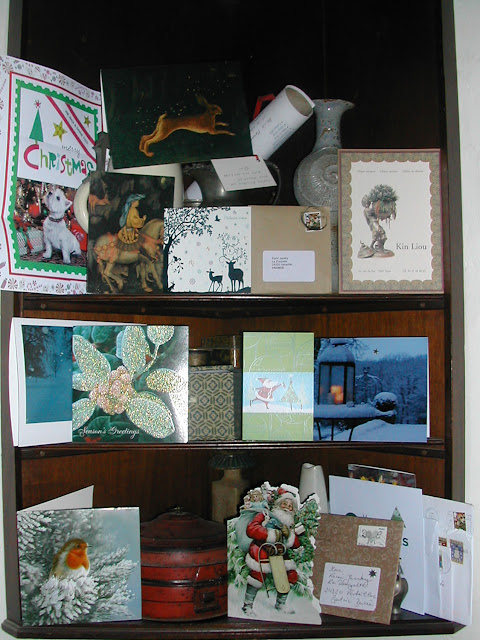 ...which, traditionally, I pack away each year, keeping all... 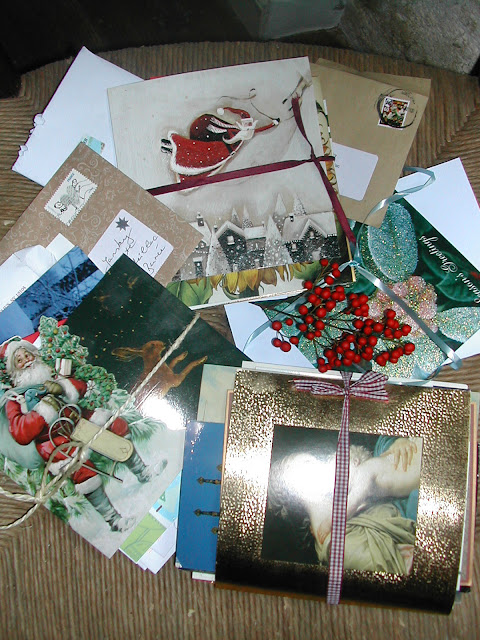 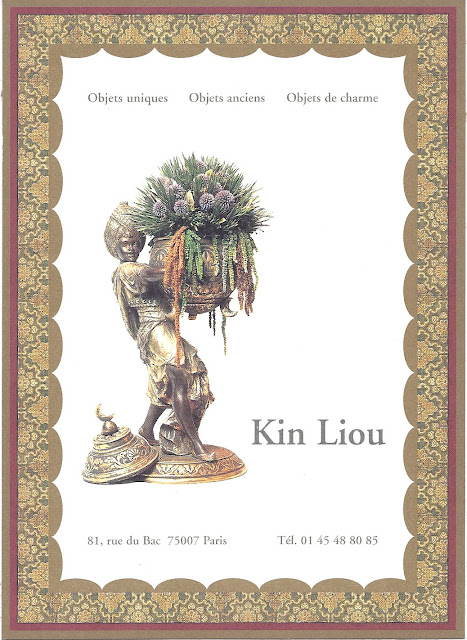 ....from a 'Parisian' Antique dealer 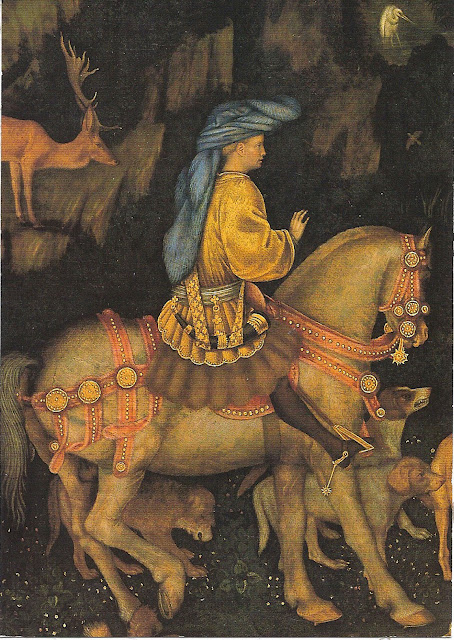 A detail from The Vision of Saint Eustace, Pisanello (c. 1394-1455)
National Gallery London
...also from Paris 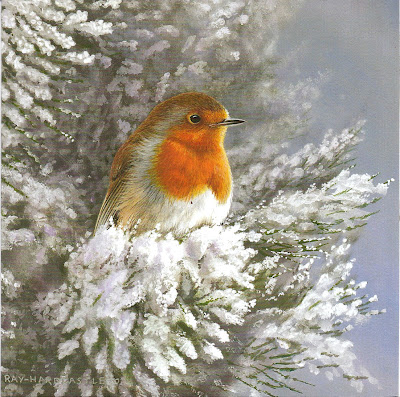 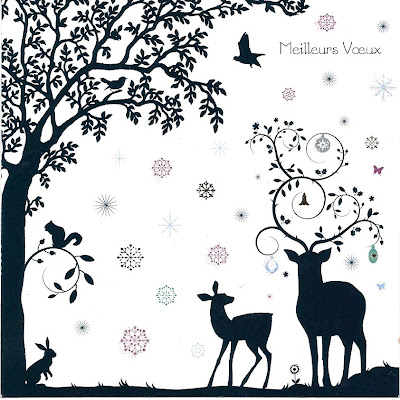 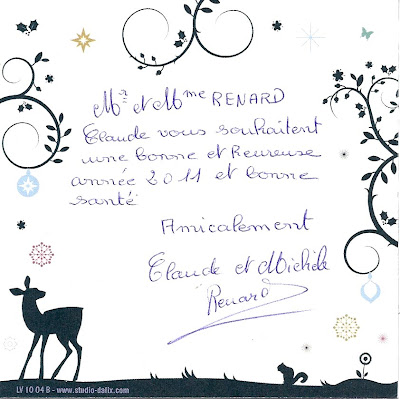 ....from our French neighbors


Another old German tradition:
Certain tasks were not to be done "between the years",
among them were knitting, sewing and doing the family laundry!

No laundry???
The  Wilde Jagd or Perchta, the Wild Hunt or Ghost Riders,
are said to roam the earth in the twelve Raunaechte (hoarfrost nights)
from the winter solstice through 2 January.
If you did your washing and hung it out on the line to dry
the might get caught in the clothesline,
bringing bad luck to your household in the following year.
Anyone foolish enough to catch a glimpse of the company was doomed to join them,
most nighttime outside activities were banned.
*
The phrase "between the years" has its origin
in the Gregorian calendar introduced in 1582,
changing the beginning of the year from 25 December to 6 January.


*
It is also said that:
"you clean your house before Christmas and
you don't have the time to clean til 6 January.
So no sweeping good luck out of the door"