My favorite Fashion Designer
- since she started with her shop in Hamburg
just around the corner from where I lived -
is certainly.... 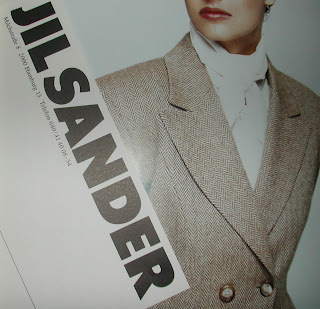 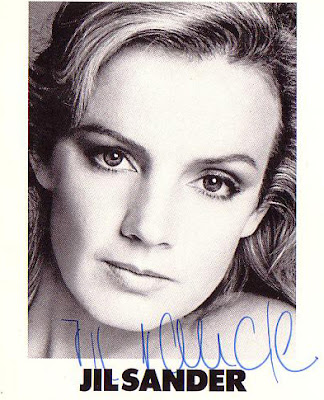 Heidemarie Jiline 'Jil' Sander, born in Wesselburen, Schleswig-Holstein,
grew up with her mother and later studied textile design in Krefeld
from where she graduated as a textile engineer in 1963.
Having spent two years as an exchange student
at University of California at Los Angeles,
she worked as a fashion editor at German women's magazine Petra
before opening her first boutique in Hamburg 1967, being 24 years old.

She started out selling fashion designed by Thierry Mugler and Sonia Rykiel
and also a few of her own designs.
And, with few ups and downs, she founded her eponymous fashion house,
Jil Sander GmbH in 1968.

***
Showing her collection in Paris in 1975 proved a complete failure, though.
In the late 1970s and early 1980s,
when the fashion world was dominated by lavish,
colorful and glitzy Dynasty-style designs by the likes of
Claude Montana with his broad-shouldered leather look,
Jil Sander's minimalist collections,
with a focus on fabric quality came close to a revolution in the fashion world
and were not accepted next to the Parisian catwalks.
Here style only started gaining attention in the 1990s.

During the 1980s
we customers were sent twice a year a 'Fashion Folder'
to give us a first impression of the forthcoming collection. 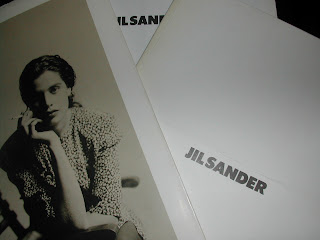 Luckily I kept a few
from where I scanned some pictures to share..... 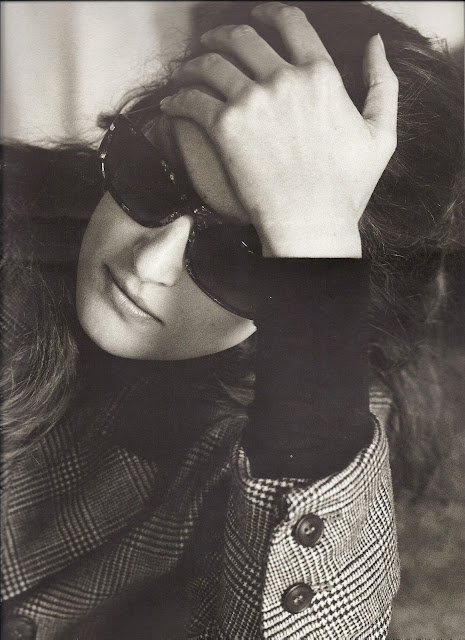 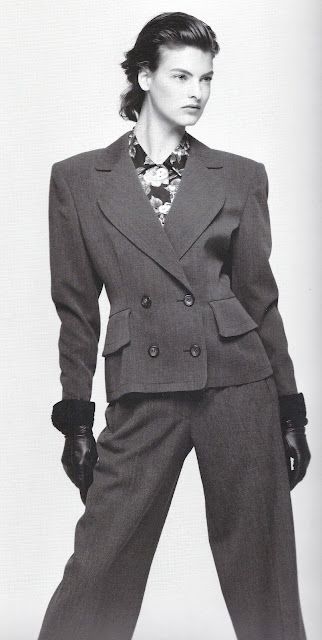 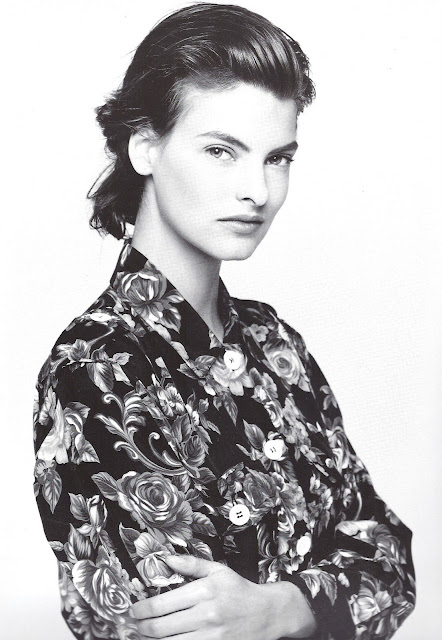 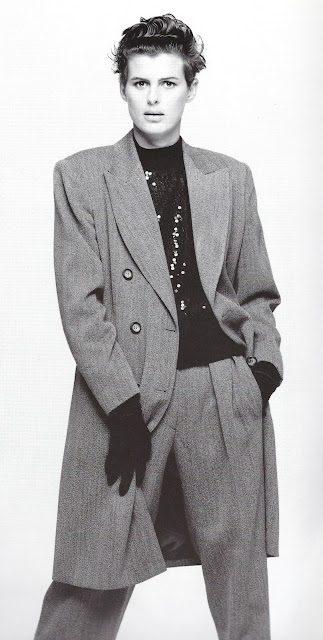 ...made of luxurious fabrics... 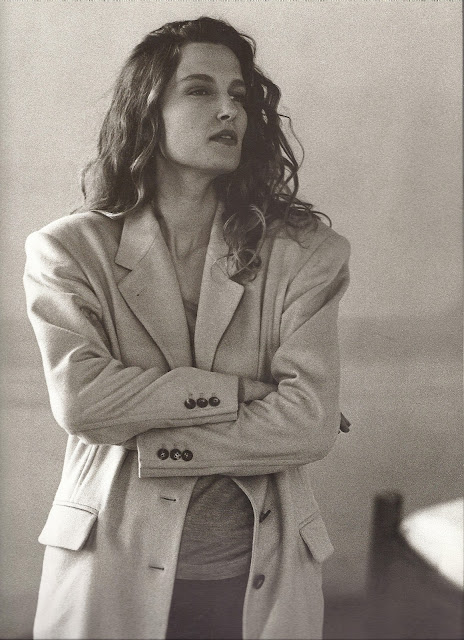 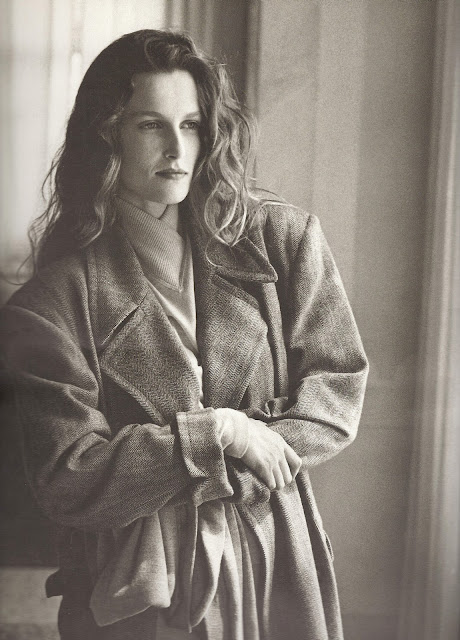 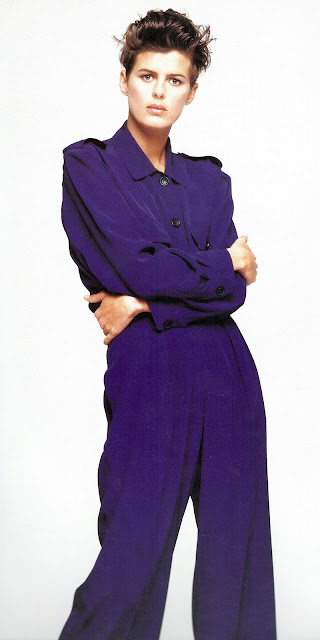 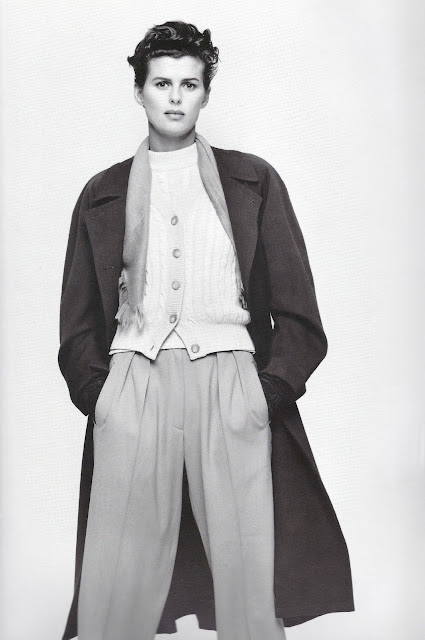 Jil Sander enjoyed almost cult-like followings for her fashions
that could all be easily coordinated
and have always ranged in the top price segment.

For her single-minded focus on understated elegance.. 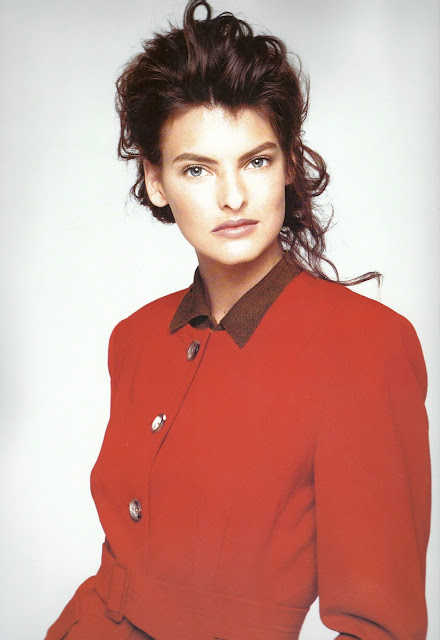 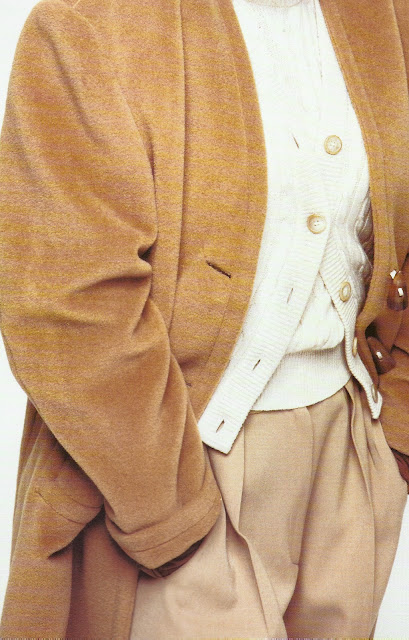 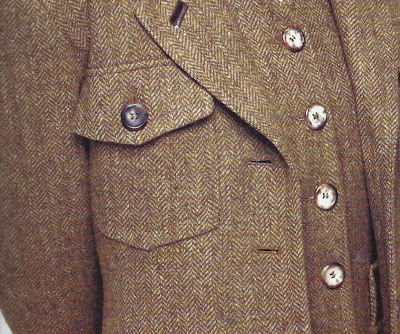 Jil Sander has been described as the... 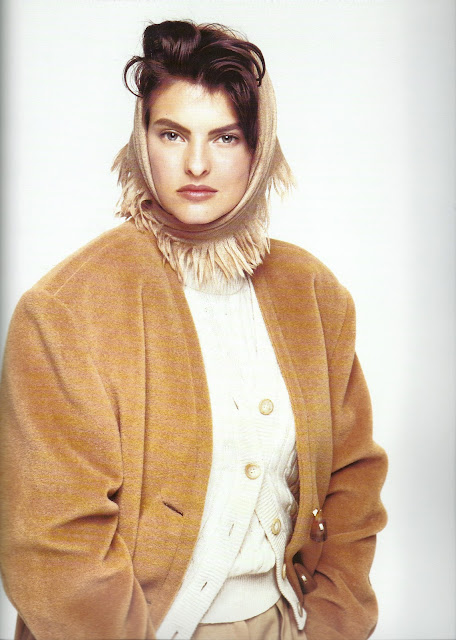 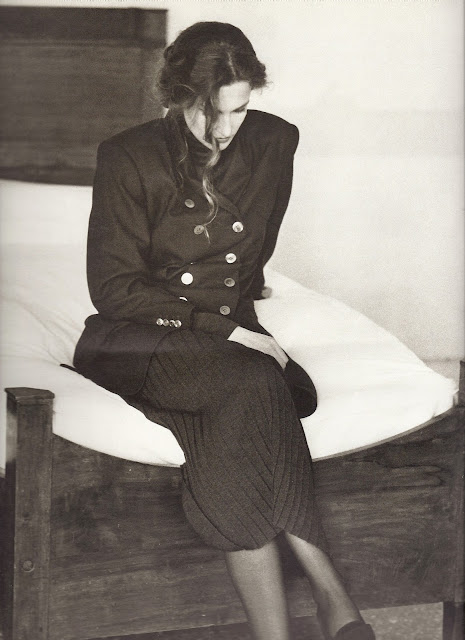 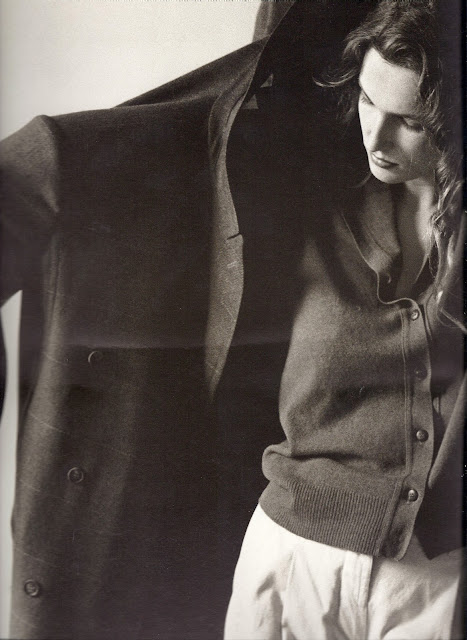 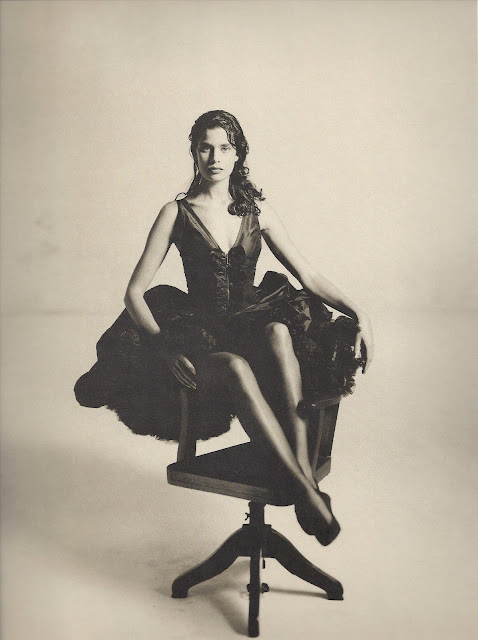 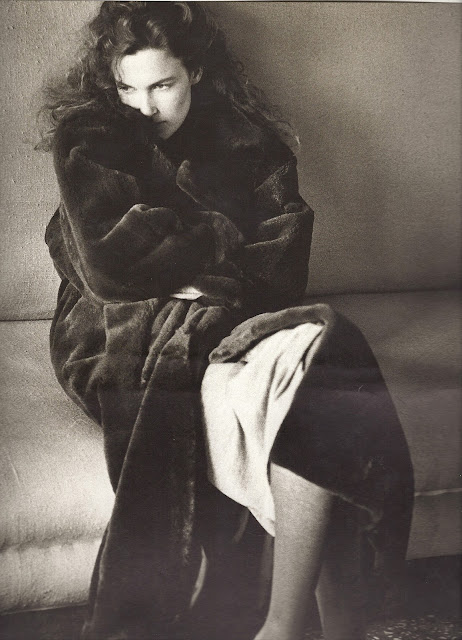 Remark:  All pictures from the FALL/WINTER COLLECTIONS 1987 and 1988