Musical New Year's greetings
in the spirit of

A New Year's Concert from Vienna with the
Wiener Philharmoniker

New Year's Concert from 1974 in a light-hearted atmosphere,
conducted by Willi Boskovsky
All of the music performed was by the Strauss family,
with the bulk of it by Johann Strauss, Son


His style appealed to many Strauss listeners as he directed Strauss' music in the manner of the "Vorgeiger",
i.e. directing the orchestra with the violin just as Johann Strauss I popularised this form of conducting waltzes, polkas and other dance music alongside Strauss' rival Josef Lanner in the early 19th century.
This tradition was also carried on by Johann Strauss II and Josef Strauss after their father's death.
Boskovsky was sympathetic to the Strauss style. 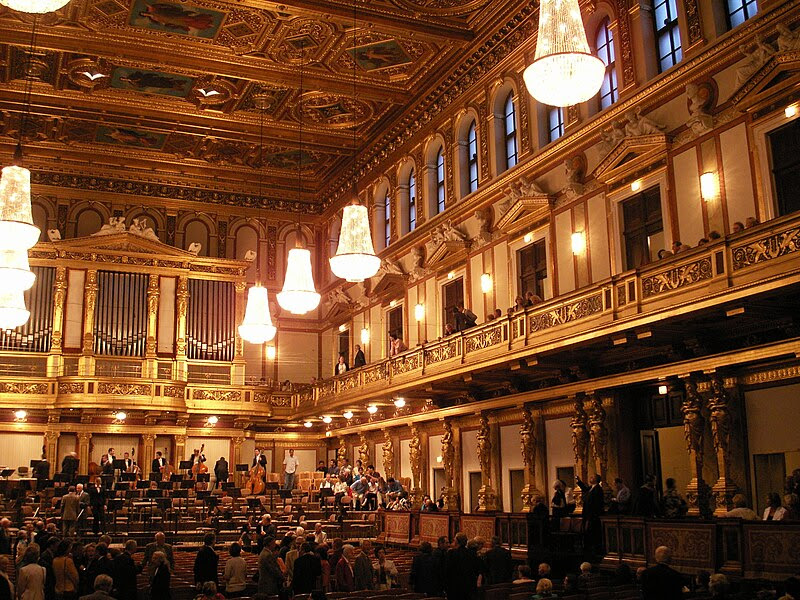 The New Year Concert of the Vienna Philharmonic


each year in the morning of January 1 in Vienna, Austria.
As far as I can think back -
each New Year's Day I've listen to this concert
which gives me such a wonderful start,
"waltzing" into the New Year!

The 74th annual New Year's Concert of the Vienna Philharmonic takes place today on January 1, 2014, under the baton of Daniel Barenboim in the Golden Hall of the Musikverein. This year the concert will be televised in over 90 countries with 16 cameras in use to capture the broadcast images. In the year 2014, the 100th anniversary of the outbreak of World War I will be commemorated. Therefore the Vienna Philharmonic considered it to be essentially relevant to invite peace activist Daniel Barenboim for the New Year's Concert 2014 and to set a corresponding emphasis in the program.
full info
here