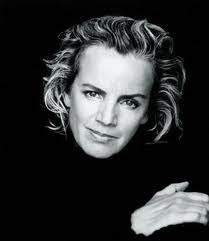 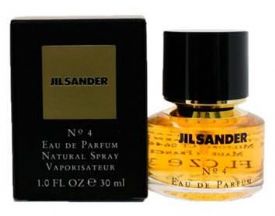 The owner of Lancaster Cosmetics allowed her financially
to run ads in glamorous magazines on a large scale for her fashion.
The fact that her creations were coordinates
which could all be easily combined with each other
became a popular characteristic. 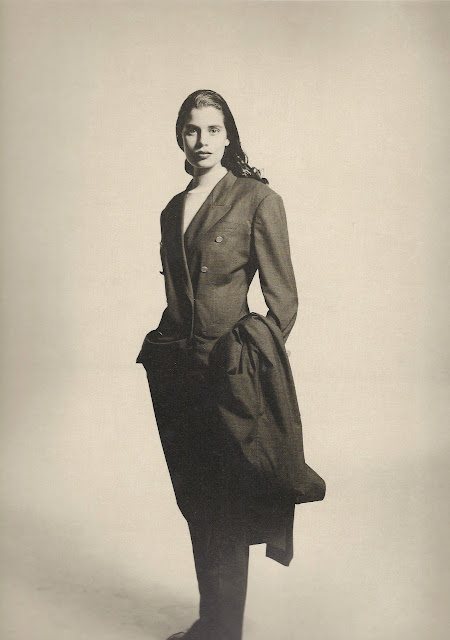 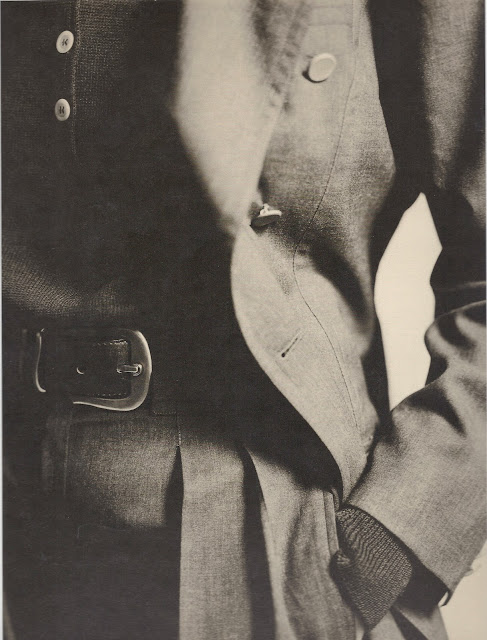 Later, licenses would be given for.. 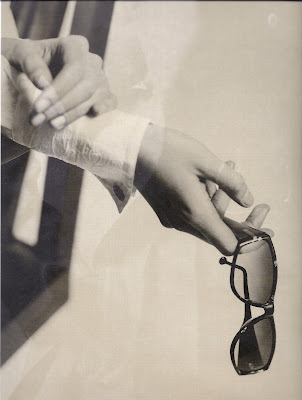 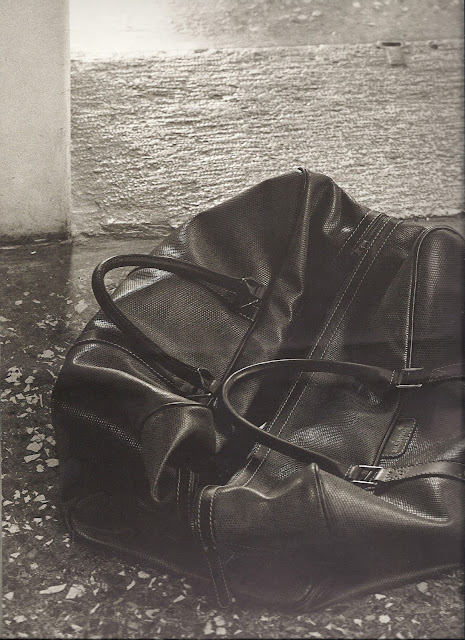 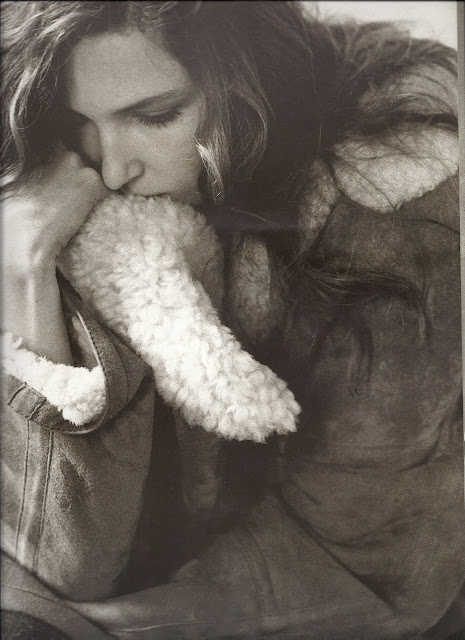 In the 1980s, Sander's collections were first shown in Milan
to tackle the international markets more efficiently.
As a result, sales were steadily increasing. 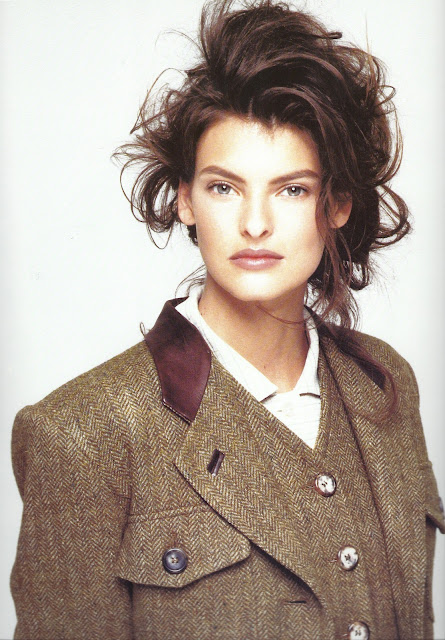 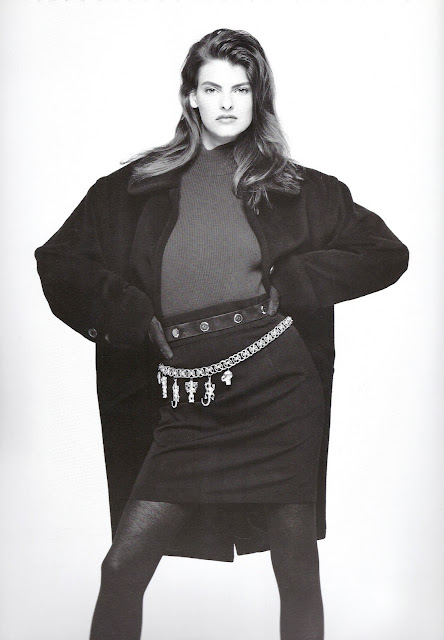 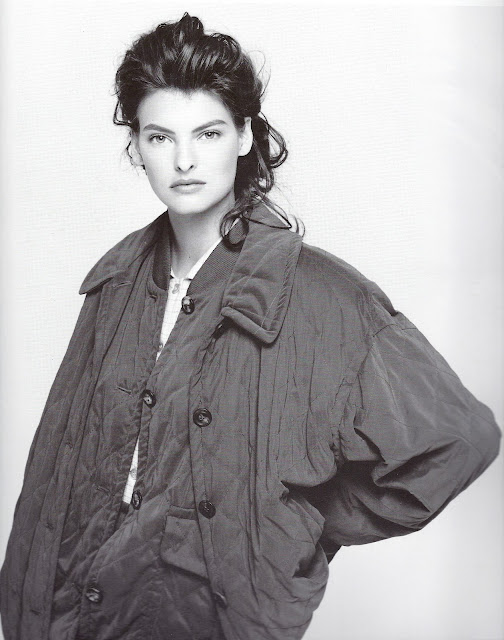 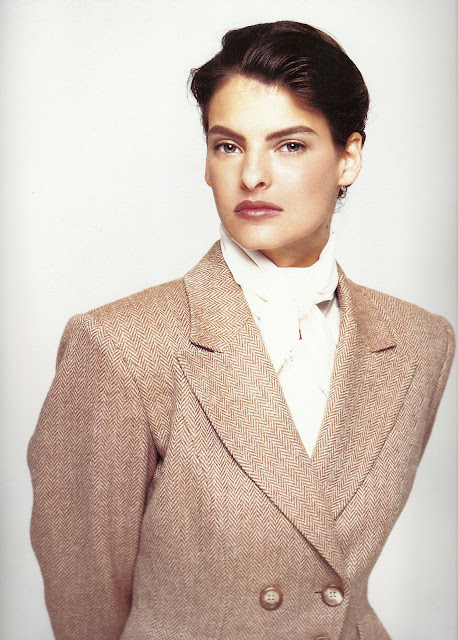 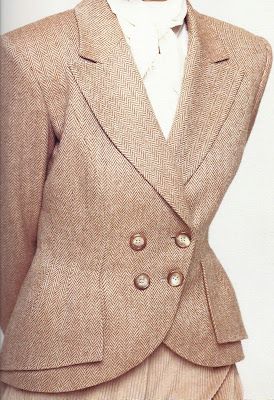 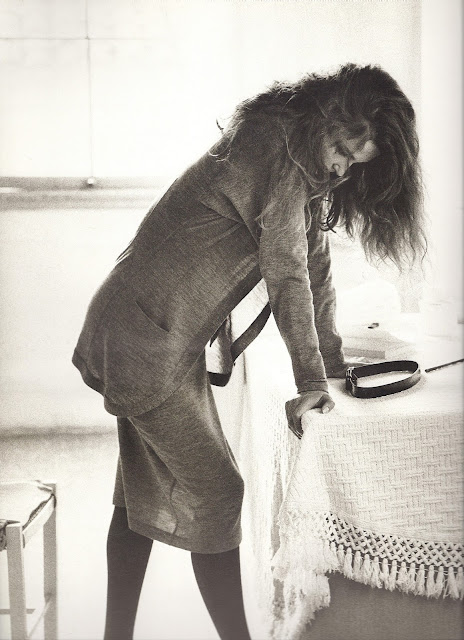 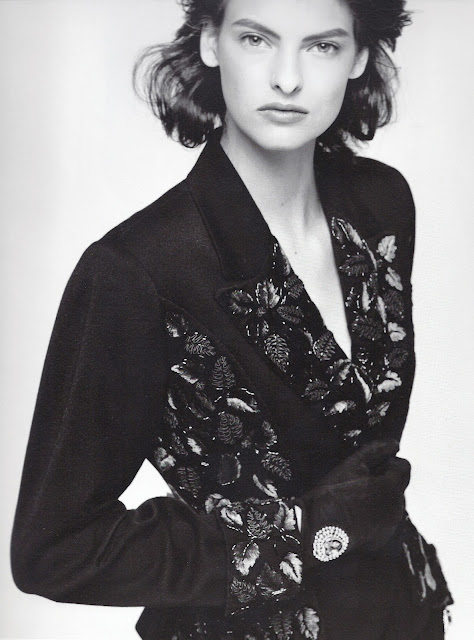 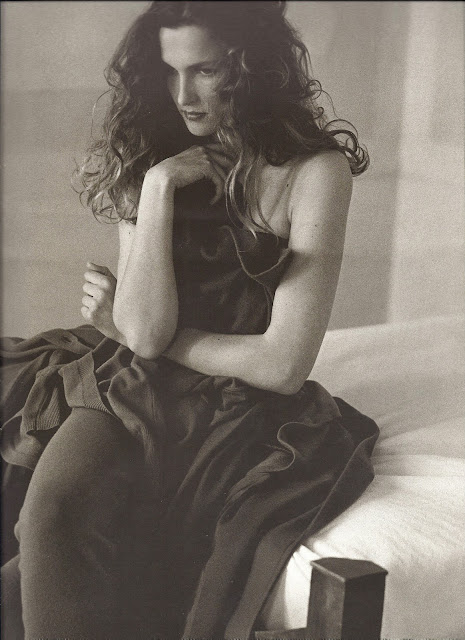 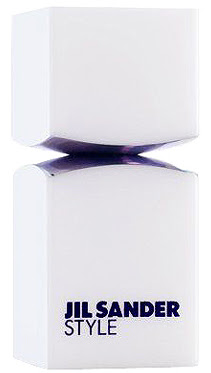 More fragrances were added to the cosmetics line.
The label's luxurious minimalism was a hit in the later 1990's. 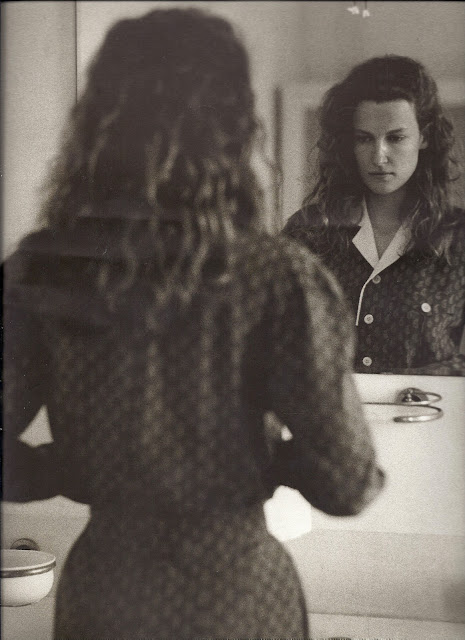 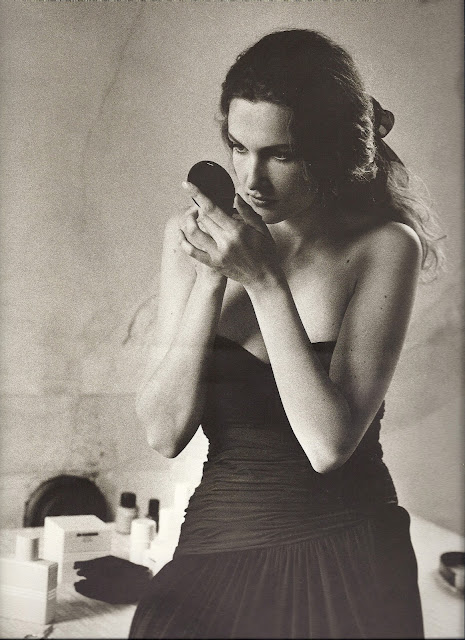 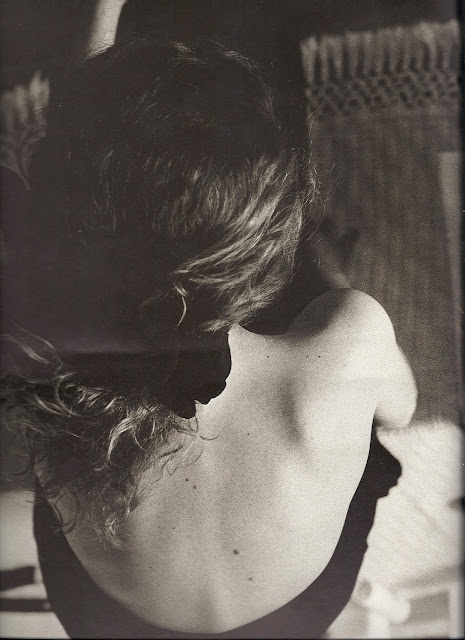 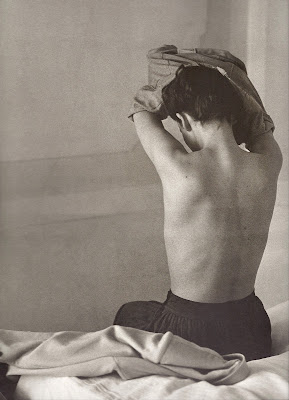 Jil Sander AG went public in 1989 and was sold to shareholders
on the Frankfurt stock exchange among the
first fashion houses to venture on such a step.
Sander used the new capital to expand in Asia and North America.


Her success overseas resulted in expensively furnished flagship stores
in Tokyo, Hong Kong, and Taipei among a big number of others.
Sander personally overlooked the design of her stores and strict guidelines
were implemented for the sales staff on how to behave
and where to stand in the boutiques.

At the Paris store, opened in 1993, the Jil Sander collections
could be shown on more than 9,000 square feet and four floors.
The space at 52 Avenue Montaigne in Paris
used to be French fashion designer Madeleine Vionnet's atelier and showroom,
a designer whose work has influenced Sander's. 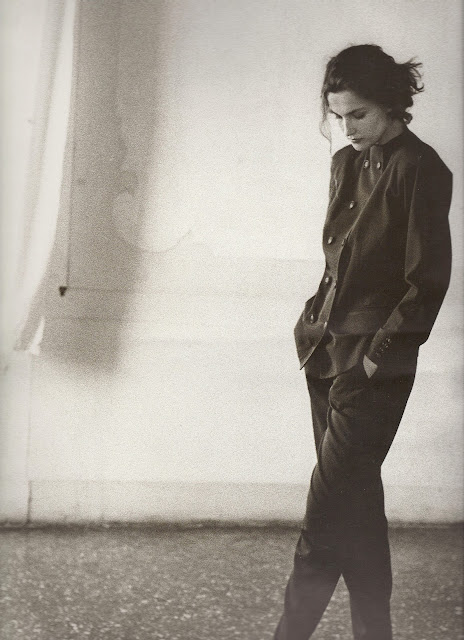 
Jil Sander's success continued into the mid-1990s.
Her company survived the economic crisis in Asia.
She found success with a newly launched men's collection that had been
postponed several times before in 1997 and was described
as "precision-cut with an emphasis upon light fabrics".
A desire with Sander to concentrate more on the creative design
rather than the business, resulted in much praise and acclaim from the critics.
Nevertheless, Jil needed a financially strong partner realizing
that her company was steadily growing.
Jil Sander AG was no longer a small privately owned business.

An uncompromising perfectionist, Jil had refused to use cheaper fabrics
and to bring the traditionally slim fits in line with standard sizes,
as demanded by Bertelli in the context of drastic cost cuts
and a more affordable mainstream approach.
Bertelli also insisted on giving up the contributary workshops in Germany
in favor of the shops in Italy owned by Prada.

Thus, for the first time in many years, Jil was able
to indulge in extensive travelling, sailing, going to the opera
and taking care of her gardens after her resignation but the fashion house floundered both creatively and financially without Jil Sander.

Jil Sander returned to the company as head designer
and partner in a surprise decision in May 2003,
after her non compete clause had expired.
Officially, Bertelli "approached Ms. Sander and began negotiating a truce"
Ironically, Bertelli had, with regard to Sander's departure in 2000,
boldly stated before:
"A brand as strong as Jil Sander...
...doesn't need to rely on the name of a designer"

Sander's return was celebrated unanimously by the international press.
Sander's designs, bearing the JIL SANDER signature
with a more feminine look, were a hit with both customers and critics.
Designing two collections which were both showcased in Milan,
Sander altered Prada-appointed designer
Milan Vukmirovic's existing sketches for the men's collection,
redesigned some of the boutiques and audited the books herself. 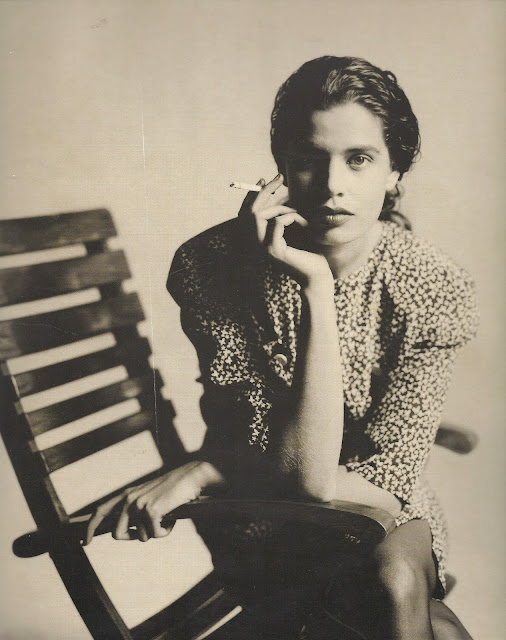 However, in November 2004,
Jil Sander terminated cooperation with Prada for good and
resigned from her post again after insurmountable differences with Mr. Bertelli.
Prada announced in an official statement that
"the decision by Patrizio Bertelli...
and Ms. Sander to end her involvement in the company was amicable."

On March 17, 2009
Sander announced the creation of her own fashion consultancy.
The new company's first client was Fast Retailing of Japan
with its Uniqlo label for whom Jil Sander is overseeing
the design of womenswear and menswear collections called +J. 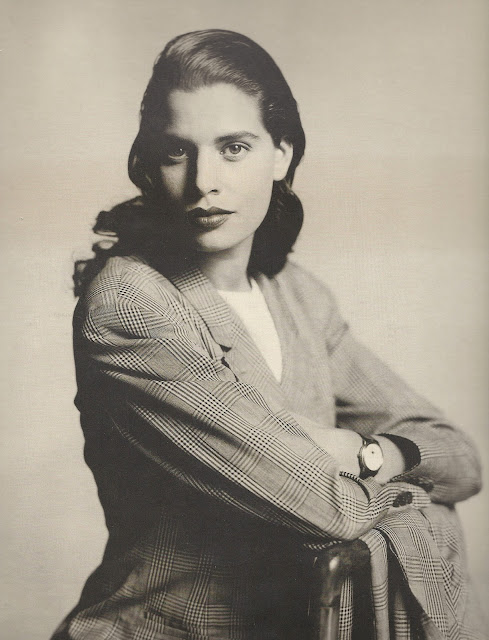 Jil Sander was awarded
the 'Bundesverdienstkreuz' by the Federal Republic of Germany
for her achievements in the fashion industry. 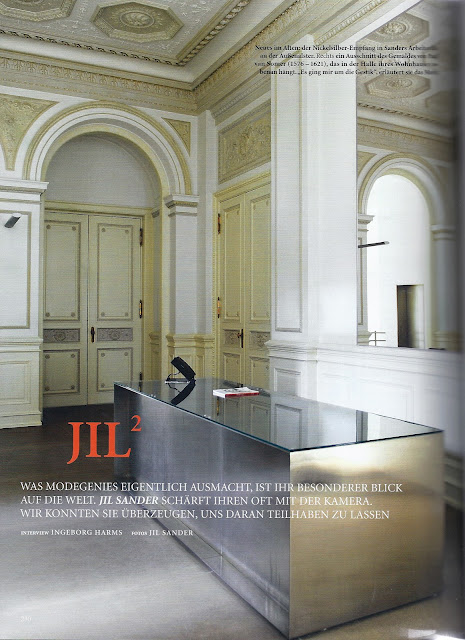 Jil Sander's "Working Villa" in Hamburg, near the Alster lake 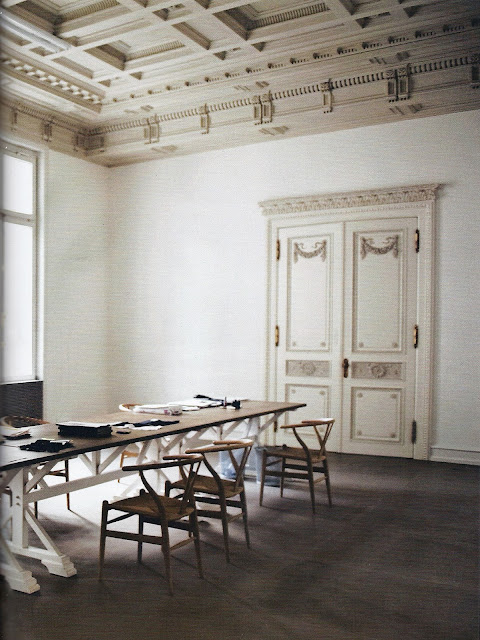 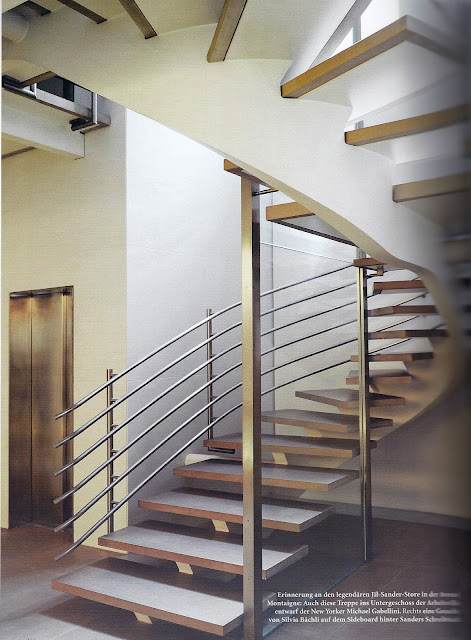